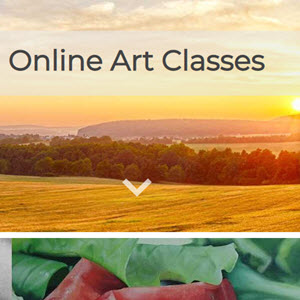 The Direct Painting Method differs from the Venetian Technique and the Flemish Technique in that the artist paints in full color from the very beginning, without requiring an elaborate under drawing or underpainting, and without resorting to the use of glazes or scumbles. All paints except the deepest darks are used as if they were opaque, and are usually applied heavily enough as to appear so. The object, ideally, is to paint the entire picture wet into wet, from start to finish. Terms such as Alla Prima (Italian) or Premier Coup (French) are sometimes used for this technique, indicating that the picture is to consist of one layer of paint, applied all at once, in one sitting. In practice, this is not always possible, and great pains must then be taken to nonetheless make it appear as if it were done alla prima.

The Old Masters employed this technique for sketches only, to be used as visual aids in the creation of larger works executed following the Venetian method or a variant. Franz Hals was the first painter to use direct painting for other than sketches, although the works for which he is famous today may still arguably be called sketches. Hals was proficient in the Venetian Technique as well, and used it for his commissioned portraits. The Direct Painting technique was elevated to legitimacy in the Nineteenth Century by Carolus Duran, the teacher of John Singer Sargent, and then by Sargent himself, among others, most notably Anders Zorn, Cecelia Beaux, and Joachin Sorolla y Bastida.

The range of effects possible with Direct Painting was once much narrower than with the Venetian Technique, but today's wider selection of pigments has expanded its possibilities considerably over what was available in earlier times. The invention of the cadmium pigments and synthetic ultramarine in the Nineteenth Century made Direct Painting a more viable alternative to the Venetian Technique.

Individual approaches vary greatly. Some prefer to begin in charcoal, with a few quick guidelines sketched freehand on the canvas before beginning to paint, while others choose to begin immediately with the brush, and sketch in the shapes initially with thin paint indicating the shadow masses. Some painters tone the canvas beforehand with a very thin transparent imprimatura, to "kill the white", which might otherwise influence them to paint their darks too light a value, and some prefer to paint directly on the white canvas. Others tint the primer to a value darker than white by adding paint or pigment to the final coat of primer to make an opaque tone somewhat darker than white.

A toned ground or imprimatura makes judgment of values a bit easier. Painting on an opaque primer darker than a value seven on the Munsell scale will make the superimposed colors duller, however, and will cause the painting to darken in time. It is better to use a white primer, and add a transparent tone over it to lower the value initially, or add a light opaque tone over the white primer. A transparent toner can be painted into immediately, or allowed to dry before commencing. With the latter practice, care must be taken to avoid violating the "fat over lean" rule.

As with the Flemish and Venetian methods, darks should be applied first, and thinly. The reason for this is that the shapes are indicated reasonably well with just the dark shapes and shadows, and corrections may be made without excessive paint buildup by simply wiping out mistakes with a rag. The early stages are most likely to require correction of shapes, so it is prudent to begin thinly. This also allows a certain degree of transparence in the shadows, which is desirable. Oil paint is most easily controlled by painting wet into wet, from dark to light, systematically. As the reader has surely discovered at one time or another, to attempt to indicate a shape haphazardly, beginning with a middletone or light color soon results in a sea of wet paint into which everything disappears as soon as it is applied. This is called mud. The mud experience has discouraged many would be oil painters over the years. It is simple enough to avoid, if one proceeds methodically, following a logical progression. It is advisable to begin with a very large brush, and block in the large general shadow and other dark shapes first, correcting any mistakes by wiping with cheesecloth, used as an eraser, before adding a second color. The large color shapes in the middletones and lighter shadows should then be blocked in, using another large brush. One may then work back into the shadows and add secondary light, reflected color, and shadow accents, then return to the middletones and add refinements there, saving the lighter areas and finer details for last.

The lights should be painted more thickly than the darks. Large brushes cover more canvas in a given time, hold more paint, and allow the artist to paint much faster. The use of small brushes and the addition of detail should be forestalled as long as possible. Many agreeable effects can be created through expert use of a large brush, especially in areas in which one might be tempted to switch to a smaller one. Facility in this style of painting is developed by the execution of studies painted from life. As they are only studies, there is no pressure to create a masterpiece, and the student is free to experiment. After a bit of practice, the studies become more and more accurate, as the student's ability to perceive value and color is developed to a higher degree, and the initial awkwardness with the brushes and paints is overcome. It is helpful to isolate value in one's first attempts in oils, by working only with white and greys made with Ivory Black and white. Once the student is past the struggling with the paint stage and has learned to understand values, color may be introduced a little at a time, at first adding only Yellow Ochre (or Raw Sienna) and Red Ochre , for use in color sketches of the human head from life. With this palette it is possible to mix what appears to be a full range of colors. It is only effective in paintings with an overall warm tonality, in which context greys made with Ivory Black and white appear to be blue. Greens are made from yellow and black, or yellow, black, and white, and violets are mixed from black and red, or black, red, and white. An automatic unity is thus achieved, as the cool colors produced in these mixtures are low in chroma, and cannot disrupt the harmony of the warm dominance. The palette is then expanded gradually, as the student becomes familiar with the limited palette, by the addition of Burnt Sienna, Raw Umber, and Cadmium Red, Light. At the appropriate point, Ultramarine Blue is added, and so on, so that no lesson overwhelms the student with too much to learn at once.

It must be stressed repeatedly during the early sketch sessions in oils that only the big shapes should be painted, and large brushes used exclusively. No detail should be attempted until the student is able to judge the correct value, color, shape, and relative proportions of the large shapes of shadow and light accurately. By then, the powers of observation will have been developed highly enough that the rendering of detail will be easier, and, hopefully, bad habits will have been unlearned. By this method of learning, one gains the necessary skills for painting well in oils, in any technique.

The Direct Painting Technique is the one most widely used in modern times. The vast range of pigments available today has, in great measure, narrowed the gap between what is possible with it and with the Venetian Technique. It is also possible to modify the Direct Painting Technique by finishing off with glazes and/or scumbles after the painting is dry, but it then ceases to be direct painting. Some styles of Direct Painting owe their appeal to the painterly looseness obtained when painting very quickly with large brushes. For this type of painting, superimposition of glazes and scumbles would in most cases be inappropriate. In practice, the boundaries between techniques become blurred as artists combine elements of more than one method in pursuit of the desired effect. This is how new techniques are born.

Become the artist you want to be Canvas Painting for the Beginner. Have you always wanted to paint but did not know the first thing about it? Have you sketched thousands of pictures in your sketch book and wanted to put them on canvas? Now you can with the help of this book. We teach you everything to get you started in the wonderful world of fine arts. You can learn to express yourself with color.