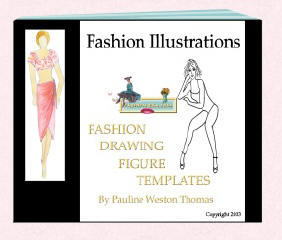 Fashion photographers are tastemakers and workhorses, artists and salesmen. Their imagery reflects the culture they work in, but there is no denying their influence in shaping culture as well.

When the first illustrated fashion magazines emerged in the 1890s, the ideals of fashion rested squarely with an aristocracy of style. In a large sense, the beginning of fashion photography and its profound cultural impact can be traced back to the 1920s, when a pioneering

The 1940s brought war and the fall of the world's fashion capital, Paris. American fashion designers stepped forward with an egalitarian approach that stressed function and a new idea of style. An American photographer, Irving Penn, also began his career during the war. Penn was brought to Vogue in 1943 by the magazine's new art director, Alexander Liberman. By war's end, both had established themselves as creative giants, just in time for one of the biggest revolutions

in fashion. In 1947, Dior's "New Look" arrived, making plentiful use of fabric in long rustling dresses with pinched waists. Penn captured the moment in images that are iconic, timeless, sculptural, formal, and uncompromising, as in his 1951 photograph of model Mary Jane Russell (No. 6).

It's Richard Avedon, however, who more than any other photographer epitomized the elegance of 1950s fashion. Working with the legendary art director of Harper's Bazaar, Alexey Brodovitch, Avedon captured women with a thrilling energy; they were very much part of the exciting real world of culture and art. His 1956 image of Suzy Parker in Dior was a statement of creative authority (No. 7).

Like his peer Avedon, Henry Clarke studied at the feet of Brodovitch and understood that fashion photography and reportage could go hand-in-hand. In images like his 1955 photo of a model in Chanel (No. 8), there is consummate craft and cool wit. As the 1950s segued into the 1960s, fashion turned upside down. Tastes had always been created by the powerful as high style-, now style was beginning to come from other parts of society, especially the youth culture. Photographers like Bob Richardson used small SLRs to capture the energy and drama of self-discovery rather than the ostentation of formal style, as in his 1966 shot for Vogue Paris (No. 9). Richardson depicted sex, drugs, and violence as part of fashion, anticipating cultural changes to come.

Deborah Turbeville depicted women's sexuality in a different way, as seen in a classic image from 1975 (No. 11). Turbeville once said that Newton "put down" women in his images. Turbevilie's women have desires that are private and unassailable.

Later in the decade, a group of young fashion photographers in Paris began to make images that flew in the face of the highly stylized work of Newton and Bourdin. Among this group was an American, Arthur Elgort, whose career is still going strong. Elgort's images unapologetically adore beautiful women, who are often seen on the streets of great cities (No. 13).

The 1980s saw one of the true revolutions in fashion photography—the eroticism of men—thanks in large part to the work of Bruce Weber, whose advertising imagery for Calvin Klein underwear became an iconic part of the visual vocabulary of the decade (No. 14).

With the Reagan era's style of broad-shouldered power fashion and curvy models ending by the '90s, new ideas began to 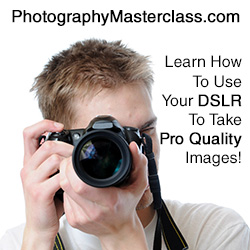