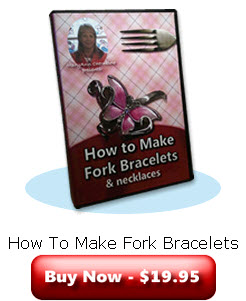 Ou ur lack of knowledge about the costume traditions of nomads and barbarians is especially severe in the area of body decoration and accessories. While even prehistoric humans left wall paintings and carvings and small statues that indicated that they wore tattoos and painted their bodies, we have no such records from the barbarian tribes that ransacked Europe in the last years of the Roman Empire (27 B.C.E.-476 C.E.). It is simply not known whether such groups as the Huns and the Goths had body decoration traditions.

Historians and archeol-ogists, scientists who study the fossil and material remnants of past life, have uncovered some physical evidence that indicates that barbarians may have worn simple bracelets and necklaces made of bone. They have also found fragments of combs made out of animal horn and bone. We do know that Vikings, from present-day Scandinavia, wore jewelry, and that Viking men especially wore bracelets as a symbol of their victories in battle. Viking men also wore belt buckles that were made out of bronze or bone.

Three Goths, a group of barbarians, stand at the left wearing furs and elaborate headdresses. Reproduced by permission of© Bettmann/

■ ■ ■ BODY DECORATIONS OF NOMADS AND BARBARIANS

counts of enemy societies. In the fifth century C.E. Gauls in the Roman Empire reported that marauding tribes of Franks decorated their bodies with seaweed and wore bison-horn headdresses into battle. Similarly, early reports of Celts indicate that they wore bracelets on their arms and wrists and metal collars on their necks.