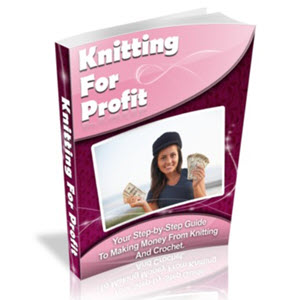 Domestic hand knitting had been known for centuries as a convenient way of making shaped garments, especially smaller items such as hosiery and caps. Its precise origins are conjectural, though many believe otherwise. Historically, both men and women knitted, but it became a gen-trified and fashionable pastime primarily for women during the first half of the nineteenth century in Britain and America. The craft was promoted by the publication of countless knitting books and helped by a ready supply of fancy wool yarns from Germany, from which also developed the hugely popular tapestry work known as "Berlin" work. Domestic knitting of this period produced a wide variety of small household objects such as pincushions, purses, and doilies, as well as shawls, baby clothes, cuffs, caps, scarves, gloves, and numerous other items of clothing. Domestic knitting was undertaken for items used in the household but also given as gifts and for charity. Knitting for the troops in both world wars was a continuation of this altruistic knitting practice, still seen in hand knitting for fund-raising or for distribution to developing countries. This strand of its history is distinct from the long history of small-scale commercial hosiery knitted by cottagers and the frame knitters, first incorporated in England as a worshipful company in 1657, whose mechanical knitting did not entirely replace commercial hand knitting for two hundred years. Mass-production of cheap knitwear has come to mean that "no one needs to knit in order to keep clothed" (Rutt p. 161). Hand knitting at home is a leisure activity and, since the

1970s, has become more glamorous due to innovative design and exciting yarns.